ZEELAND – Imagine being able to cool down the temperature in your office or conference room, without the draft that comes from an air conditioning unit, and being able to lower your energy costs at the same time.

Fritz Huebner believes a product that being produced at the new Plascore Inc. plant in Zeeland will do just that, and he’s willing to demonstrate that by putting the finished product right in the office.

Plascore, which produces lightweight plastic honeycomb cores that are used in everything from aerospace to the automotive industry, will produce a new radiant cooling panel that can be installed in the ceilings of offices, conference rooms, or other enclosed areas. Unlike traditional heating and cooling units in which cool air is brought through a series of ducts and pipes, the radiant cooling unit uses cooled water that is piped through a series of tubes that are in the panel.

In an upstairs office of the new Plascore plant, 500 E. Roosevelt Ave., the panels have been installed, which will allow the company to demonstrate to customers how they work and how they can save money on cooling costs.

“It allows us to be much more comfortable at a higher air temperature,” said Stephen Hamstra, executive vice president of GMB Architects and Engineers, of Holland, which has worked closely with Plascore on research and development for the panels.

While radiant heating systems have gown in use in recent years, use of radiant cooling as a way of lowering temperatures in office settings still is a relatively new concept in the United States. It has been used in Europe for years.

“As our energy costs continue to rise in the United States, it’s going to be natural for us to move in this direction,” he said.

GMB is conducting computer simulations on the potential energy and cost savings of the new radiant cooling panels, and early indications show a lot of promise.

“We’re seeing some significant potential. It could be on the order of 20 to 30 percent energy savings,” Hamstra said.

Plascore plans to eventually install a geothermal unit in the ground of the Roosevelt plant, which can be used to pump out water that will be piped in to the radiant panels, Huebner said.

Plascore began production last week at the new 50,000-square-foot plant, which cost more than $3.5 million to build. The project was aided by a $404,128 Michigan Economic Development block grant, which allowed the city to extend water and sewer lines to the plant, as well as allowed for construction of a rail spur connecting to a nearby railroad line.

The company already has added 70 new jobs this year, both at the new facility, 615 N. Fairview, boosting its work force to more than 270 employees. City officials already have approved a 12-year, 50 percent tax abatement on the project.

Visit us at these upcoming shows: 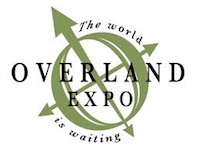